On Thursday, Dec. 19, 2019, the Federal Energy Regulatory Commission (FERC) voted 2-1 to extend PJM’s Minimum Offer Price Rule (MOPR) to any generation assets that receive state subsidies. As a result, energy consumers in PJM’s territory could see a significant rise in their electric rates.

That’s a lot of energy industry jargon, but we’re going to simplify it here and explain how this new rule could impact you.

Capacity is a charge levied by a grid operator, such as PJM. It is money collected from electricity consumers by the grid and paid to power generators to ensure that there’s enough power to meet energy needs during peak demand times.

This charge used to be a small portion of your energy costs, but over the past few years it’s grown to be 25-30% of your energy bill due to coal generators shutting down.  There’s less supply to meet demand.

PJM operates their capacity charges in a 3-year forward market. They hold an auction in which generators bid against each other to set capacity rates 3 years in advance. For example, capacity rates for 2022 were to be set in this year’s auction (2019).

Some generators have voiced their concern that state subsidies for some types of generation (such as renewable energy programs, state nuclear bailouts, etc.) place them at an unfair advantage when they need to compete in the capacity auction against these subsidized generators.

FERC — the regulatory body that oversees PJM and other grid operators — agreed to review PJM’s auction rules and delay the 2019 auction while these rules were reviewed.

What did they decide? 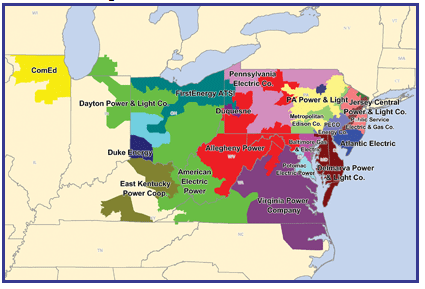 Estimates on increased electricity (capacity) costs to consumers range from $1.6 billion – $5.7 billion in the 11 states that PJM serves.

Why will capacity costs increase?

All 11 states in PJM’s territory operate some type of subsidization of energy, whether through nuclear bailouts (Illinois or New Jersey) or through state renewable standards (almost all states). If subsidized generators are barred from participating in the capacity market, future capacity markets will be determined by relative few players.

There will undoubtedly be court action against this vote. Additionally, some states are pushing for a “carve-out,” in which they would operate their own capacity market independent from PJM.

In short, this FERC ruling has sent the industry into a pandemonium and has created real concern over the future of renewable energy assets in PJM.

What’s there to do as a customer? Nothing at this time until we have a clearer vision of what the final outcome will be. Just be aware that there could be major changes coming to electricity pricing in the next few years.

We’ll keep you updated as we learn more. Please feel free to contact us with any questions.